Ketchup Is Not Just a Condiment: It Is Also a Non-Newtonian Fluid

People [experience] the fluid element to be …
not yet solidified but remaining open to outside influences.
Theodor Schwenk (1910 – 1986)

Everybody’s favorite red sauce may be thin or thick, depending on how it is handled

Ketchup is famous for being hard to get out of the bottle even when there is plenty of it left. In fact, all liquid foods—from red wine to cooking oil—leave some residue in the container. The reason has to do with the wettability of the container and the viscosity of the substance. Usually the residue is just a thin layer, but ketchup clings in thick layers to the inside of the bottle. If the bottle is still nearly full, merely tilting it or even turning it upside down will only dislodge a little sauce from the neck. Once the ketchup is on your plate, however, it disperses and spreads easily.

To liquefy the sauce, you need to shake the bottle vigorously or thwack it with your hand. If you are not careful, a lot more will end up on your food than you intended. As experienced users know, there is no need to rush after shaking because the effect takes a certain amount of time: You can relax, remove the cap and take aim.This annoying feature of ketchup inevitably raises the question of why food manufacturers have failed to address it. The simple answer is that ketchup was deliberately designed that way—not to irk people but because there are situations that require it. For example, a thin strip of ketchup should be applied to a hot dog so that it does not end up all over your clothes—even when you are cramming it into your mouth. Yet ketchup should not be sticky either: with each bite, the sauce should melt in your mouth and not require any chewing to be savored.

In physical terms, ketchup undergoes stress via shaking, spreading or eating. The bottom part of the mass, which is viscous at rest, sits on a solid base and is held there by adhesion or other forces, while the upper layers are situated in a parallel direction. In “Newtonian” fluids, viscosity is independent of the pressure being applied to the fluid per unit of area. In the case of “non-Newtonian” fluids such as ketchup, the situation is different: a stronger force reduces the viscosity.

This behavior, known as shear thinning, is caused by polymers that are added to the sauce (a concoction of tomato paste, sugar and other ingredients) in the form of a thickener. Polymers are microscopic complex molecules composed of long chains of atoms, which become entangled and release energy into their surroundings. In this state, the polymer is quite pulpy and viscous. Applying sufficiently large shear force, however, provides the energy needed to stretch the polymer molecules out and align them lengthwise. The chains now easily slide past one another, and macroscopically, the result is reduced viscosity.

Once the shear forces have subsided, and the ketchup is allowed to settle, the polymer molecules become entangled again and release energy. This process takes a bit of time, which explains why the sauce does not immediately resolidify after the shaking and shearing.

Everyday life offers other examples of shear-thinning substances such as shampoo. A small amount of shampoo flows very slowly into the palm of your hand, giving you time to lift it to your head and rub it into your hair. There is hardly any resistance because the shear force of lathering thins out the fluid. Despite the similarity between shampoo and ketchup, they have a notable difference: Shampoo flows freely under its own weight whereas ketchup often does not. A squiggle of ketchup on a hot dog stays in place. Wall paint and toothpaste, two other non-Newtonian liquids, also stay put when they are applied.If the viscosity of some fluids diminishes in response to shear stress, are there other fluids whose viscosity increases? In fact, one example of a common shear-thickening substance can be found in the  kitchen: cornstarch mixed with water that forms a paste. The mixture is fairly easy to stir at a moderate speed,. But when the speed picks up, the viscosity of the mixture increases until it finally becomes so firm that the stirring spoon gets stuck.

This starch-water mixture behaves similarly to quicksand. Under gentle force, the sand grains slide past one another because they are lubricated by water. Sudden pressure displaces the water from the gaps and forces the solid components together, dramatically increasing the resistance. As with quicksand, starch molecules are separated by a layer of water. And when strong forces bring them into contact, the mixture coalesces.

The food industry has found a different way to deal with the vexing quality of ketchup: The condiment is now available in flexible plastic bottles. Just a slight squeeze is enough to overcome the resistance of the sauce. This solution certainly simplifies handling—but the sport of getting the sauce out of a bottle, and its moment of triumph when done cleanly, is lost.

8 Gedanken zu “Ketchup Is Not Just a Condiment: It Is Also a Non-Newtonian Fluid” 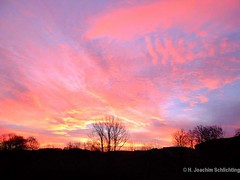